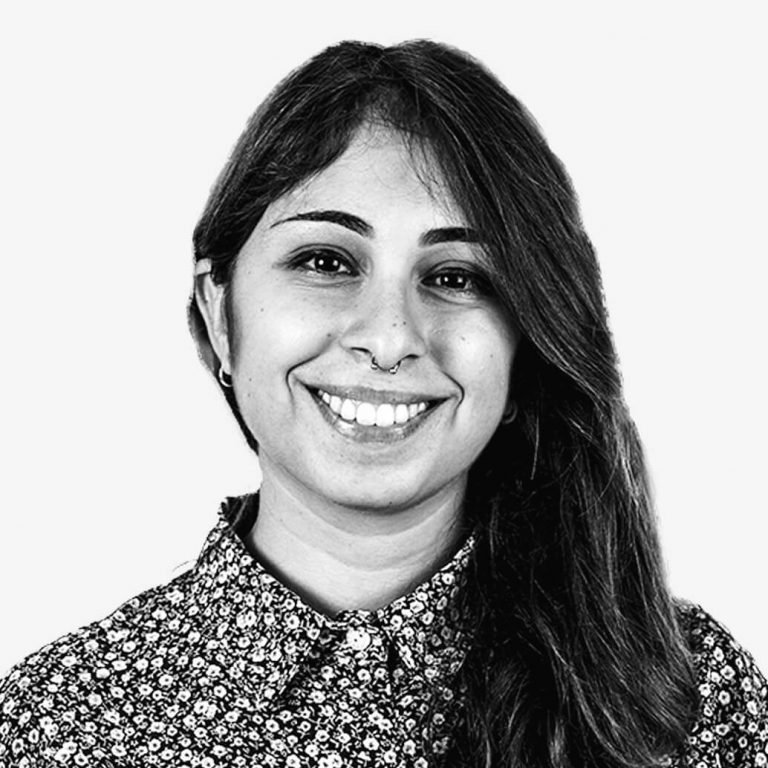 Born in Chile in 1989, she grew up in Piedmont, in Italy. She lives wherever the wind takes her, thanks to her job as a freelance graphic designer, and she creates her analog and/or digital collages around the world.

The base of the creative process of her artwork is the stream of consciousness: it manifests in the images but also in the words, becoming a part of the composition equal to the paper.

Her graphic knowledge is made evident in the chromatic choice, the weight balance and in general the harmony and equilibrium of her artworks. The compositional rigour with which the scraps of paper are put together does not fear contamination by splashes of paint and scratchy lines in pen or pencil, and while it dirties the base it does not spoil its clarity.

Her artwork is exhibited in numerous collectives, such as “Here” (Turin, 2017) and “S.P.A.M” (Turin, 2019) on occasion of the Poetrification Festival in cooperation with the Berardelli Foundation.

The artist has also participated in the following online exhibitions: 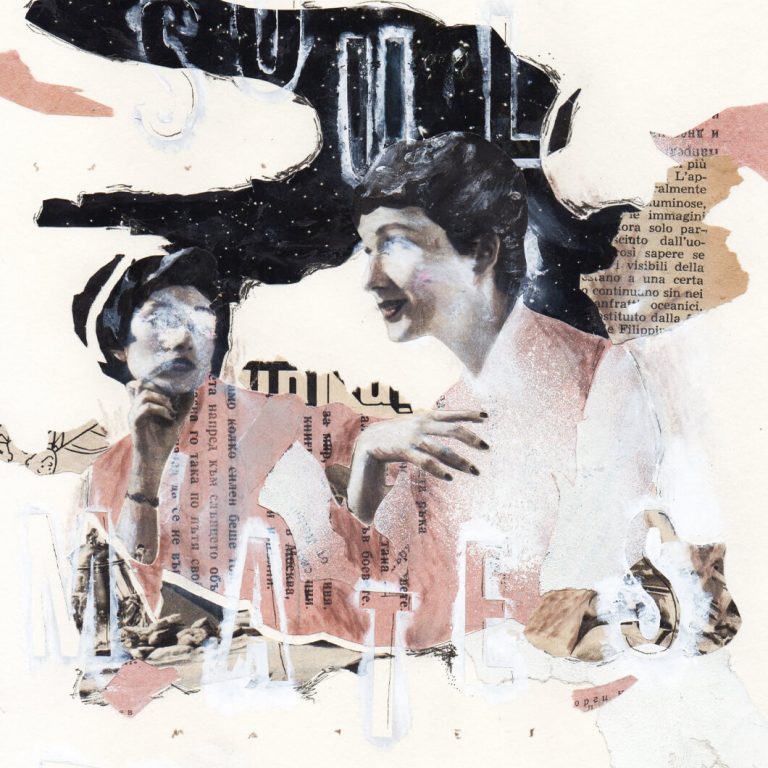